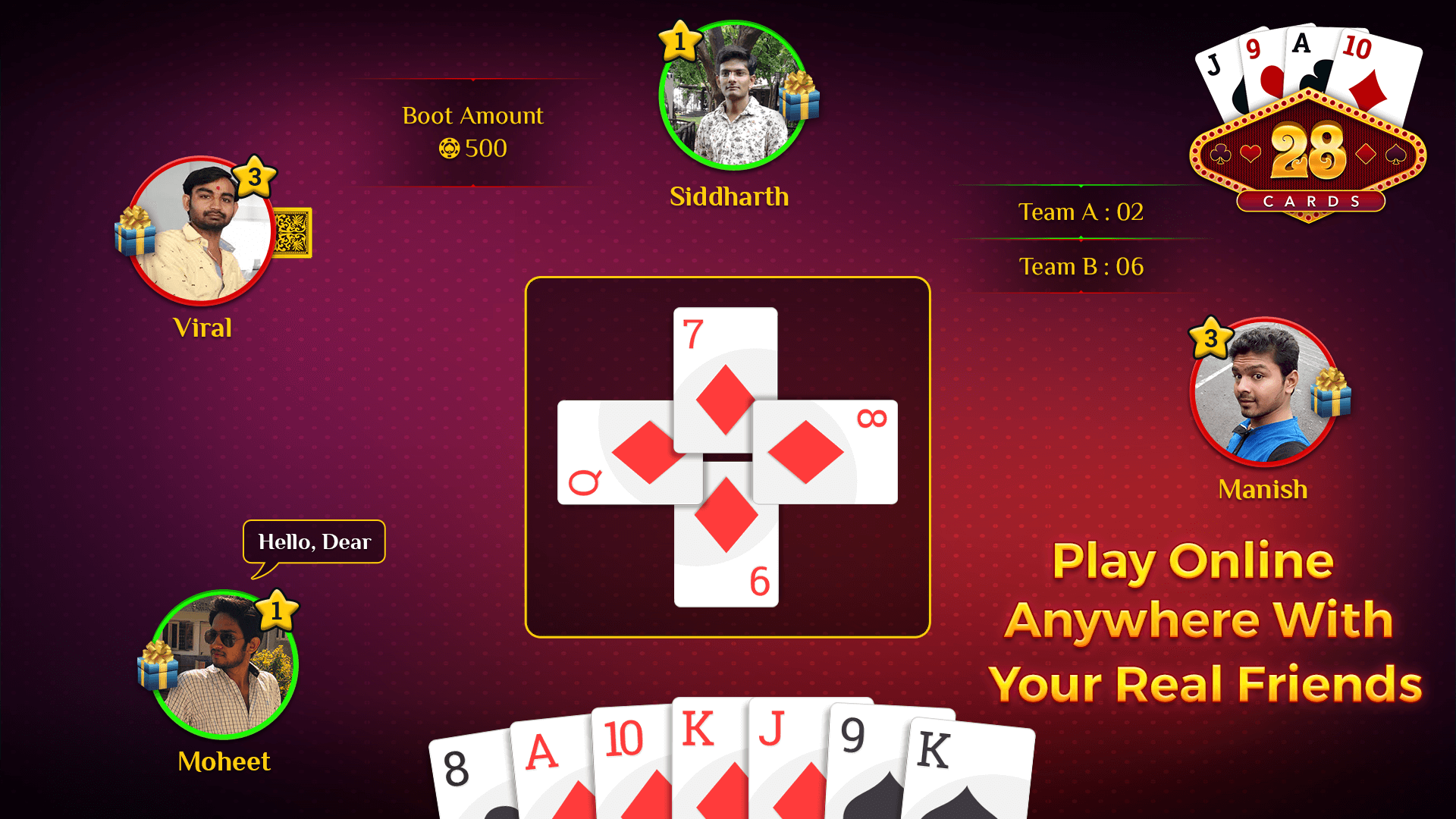 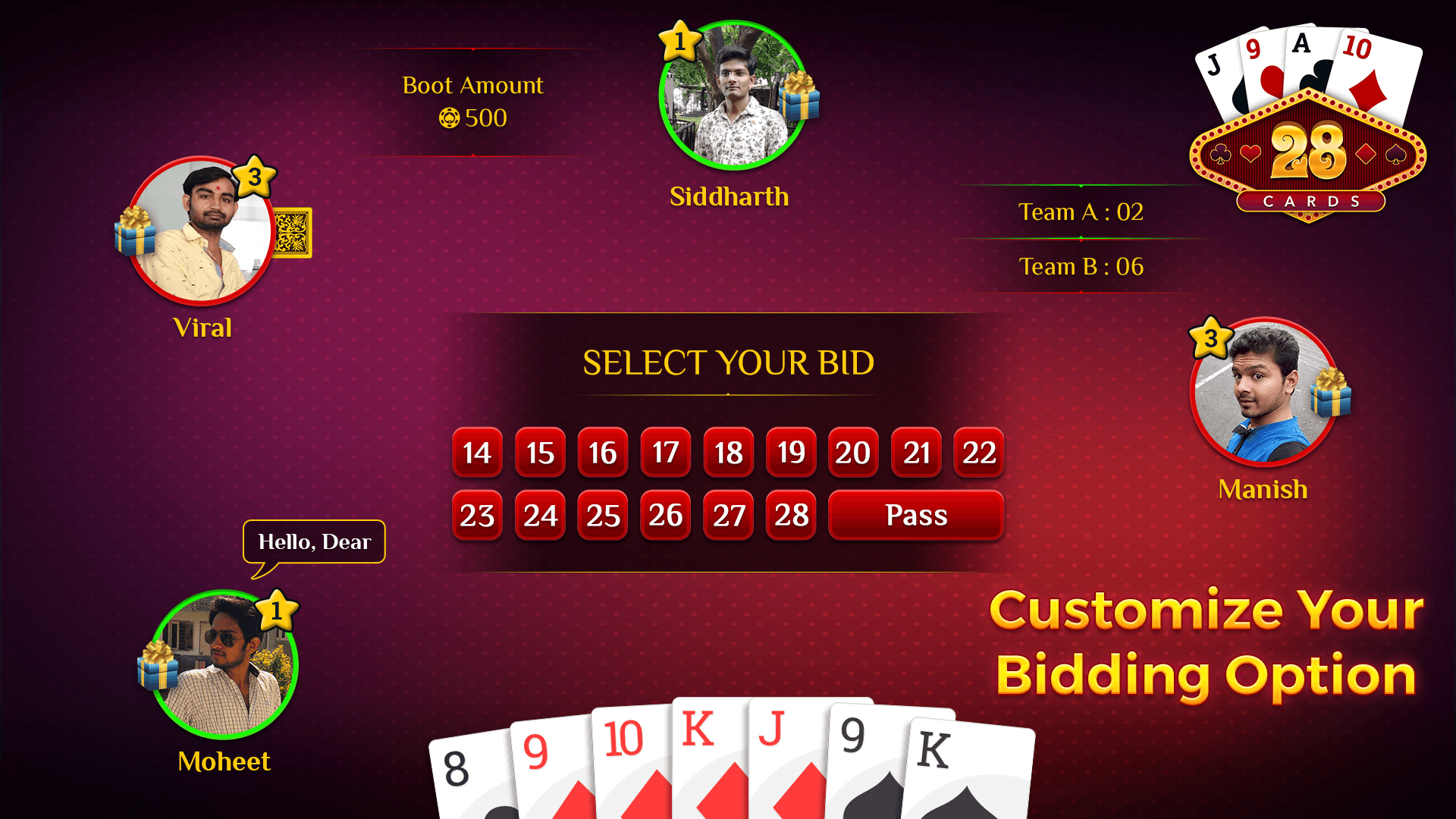 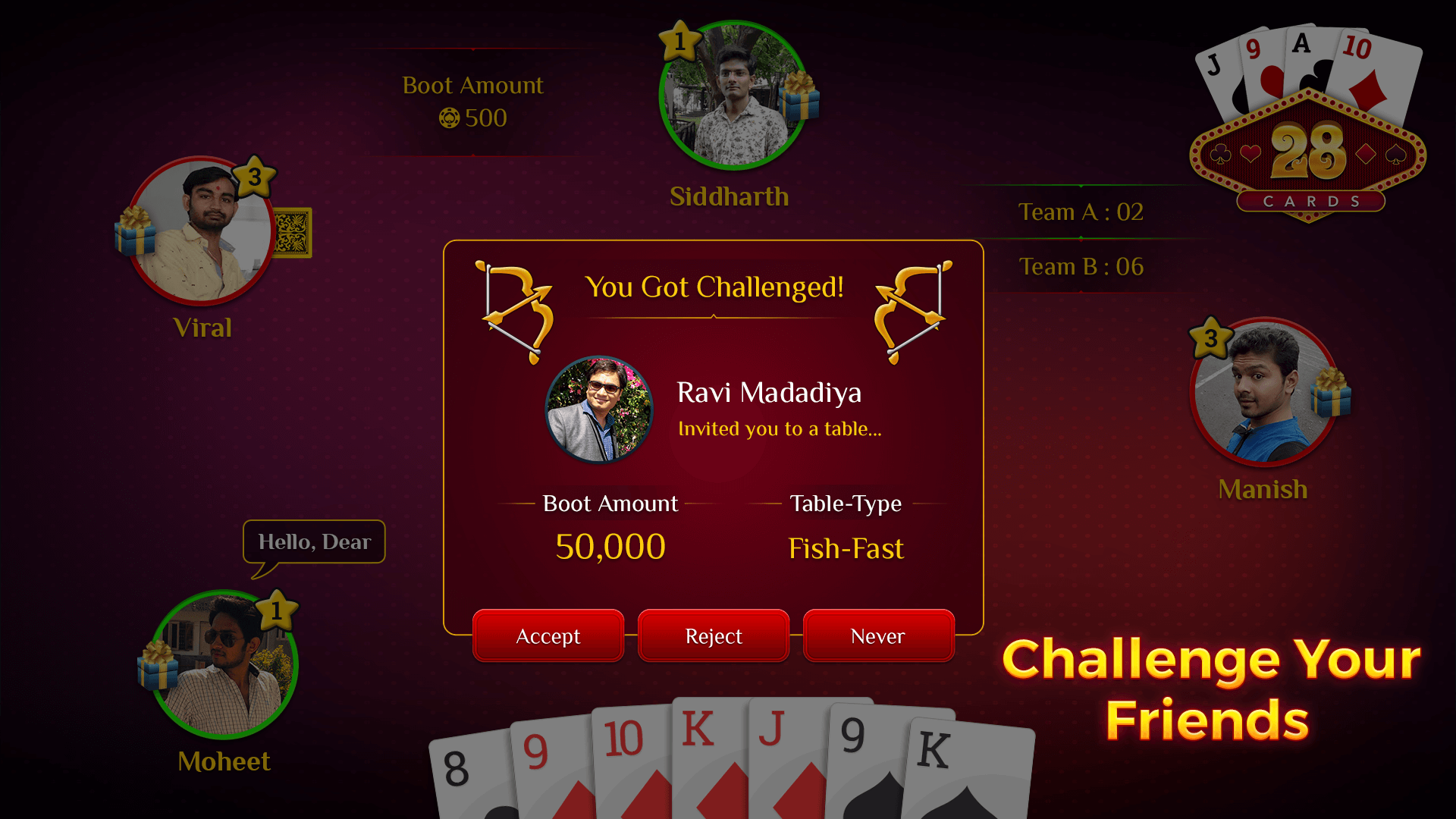 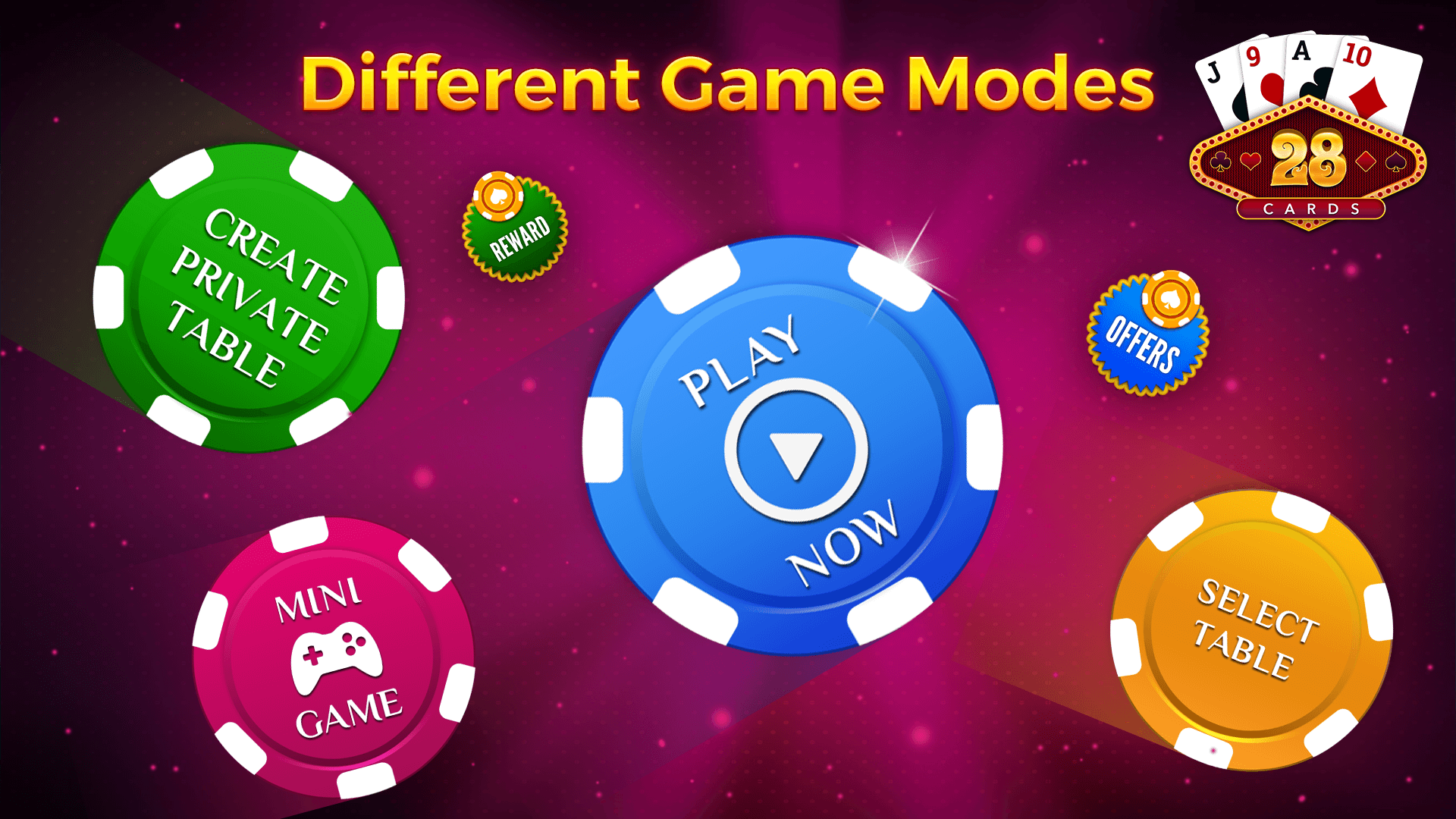 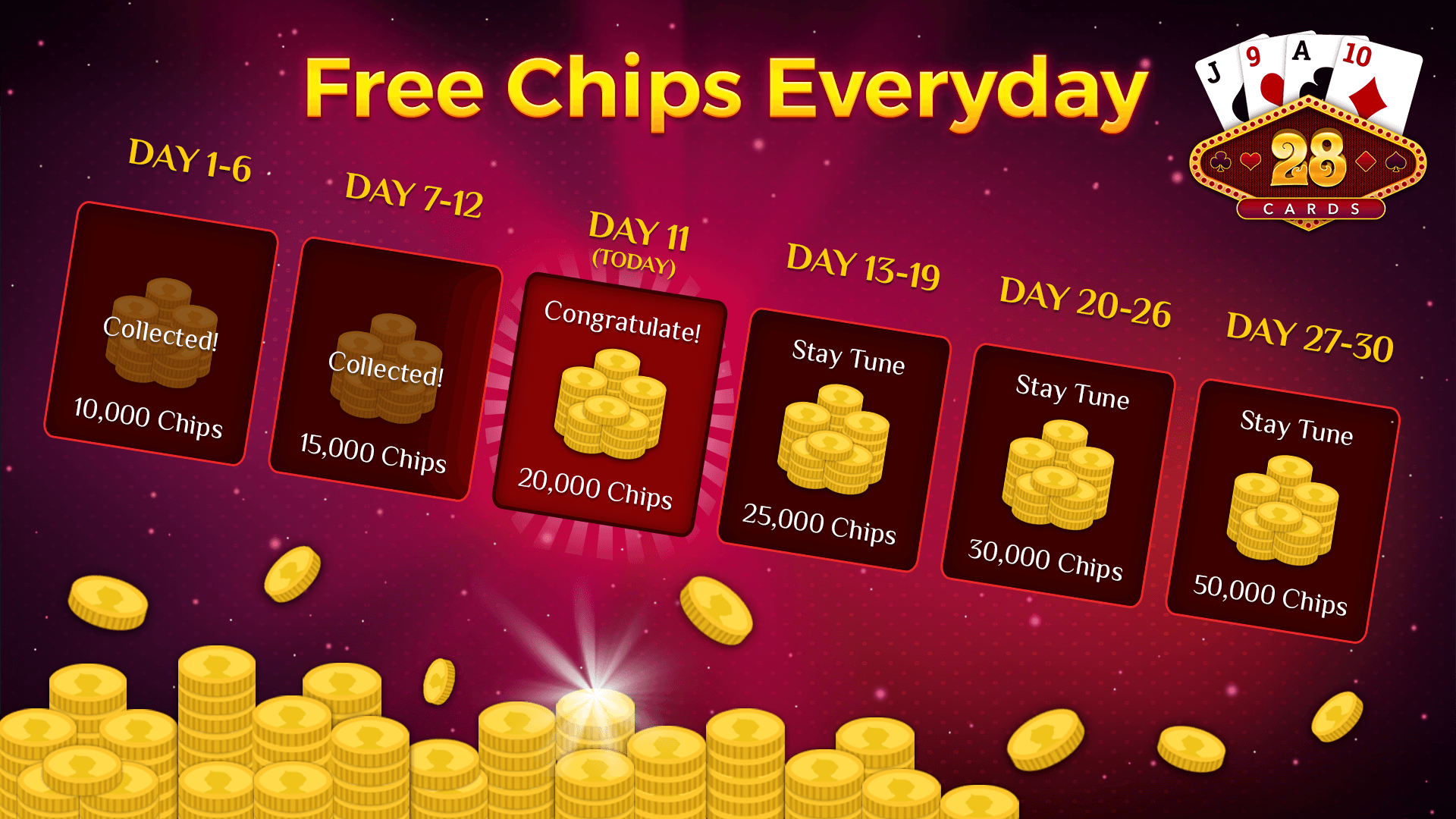 Join the world’s most popular 28 Cards Game and play live with thousands of real players. Playing 28 Cards Game with friends, family, and millions of players worldwide have never been easier!

28 Card Multiplayer Game is a popular South Indian Card Game, also playing in South Asian countries. 28 Card Multiplayer Game consists of 4 players with 2 players facing each other forming a team. 32 cards from a standard 52 card deck are used to play. 28 Card Game is trick-taking games in which Jack and Nine being the highest value cards at 3 and 2 points respectively followed by aces and tens at 1 point and K, Q, 8 & 7 with 0 points. The aim is to win tricks with valuable cards.
Game Features:

Easy and refreshing interface.
Play With Your Friends
Play with only real players anywhere in the world.
Create Private Tables and play with only invited players.
Chat with other players and exchange gifts at the game tables and have lots of fun.
Works smoothly on slow Internet connection even like 2G, auto-reconnect in network interruption.
Play your way to top the Leader boards!
Get Daily Free Chips and Bonus.
Get Millions of Chips on every week by participating in Weekly Contest!

To report any issues with usage or tell us how we can improve, you can send us a message from the Game Feedback option or write to info@gamewithpals.com.