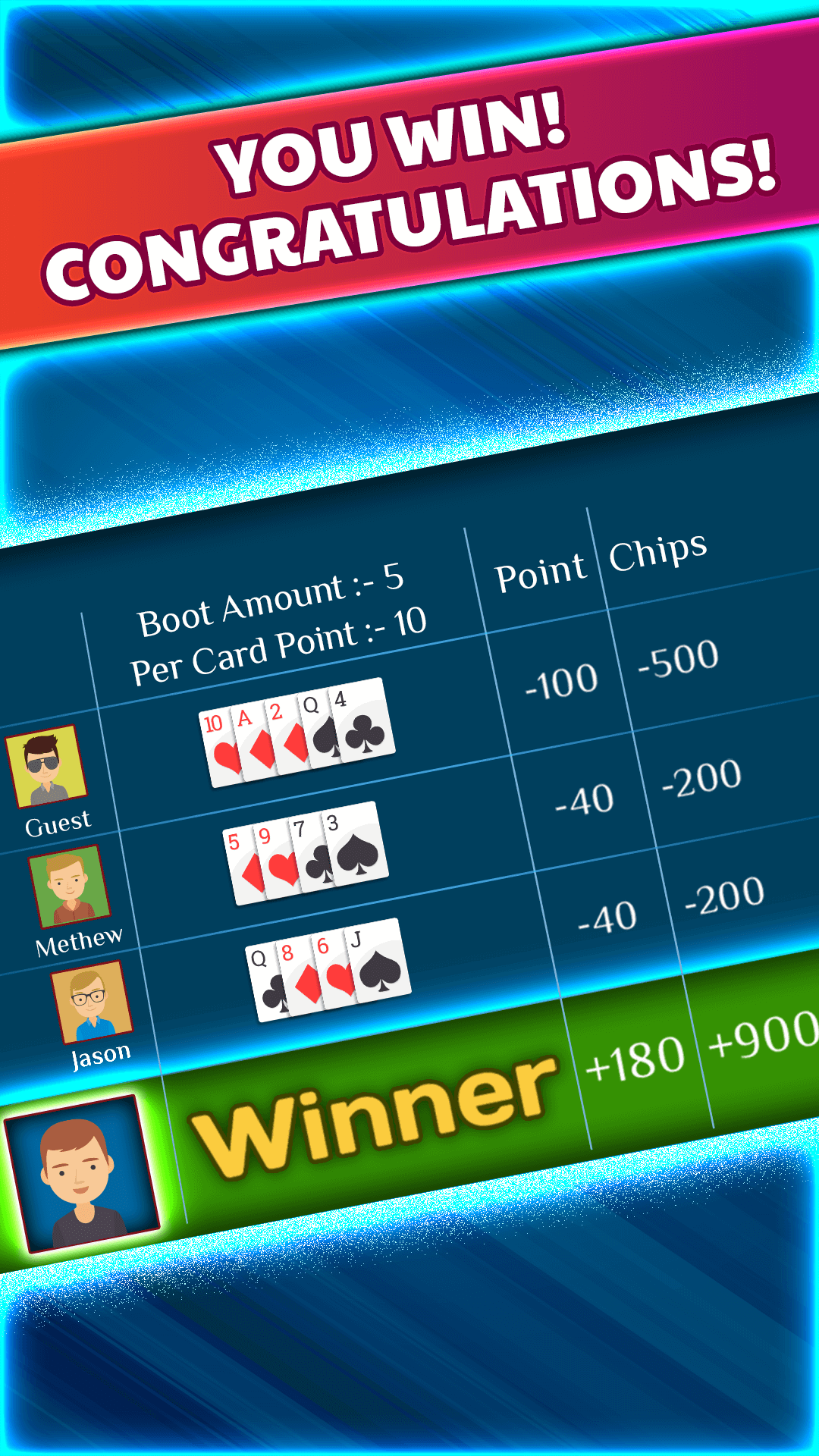 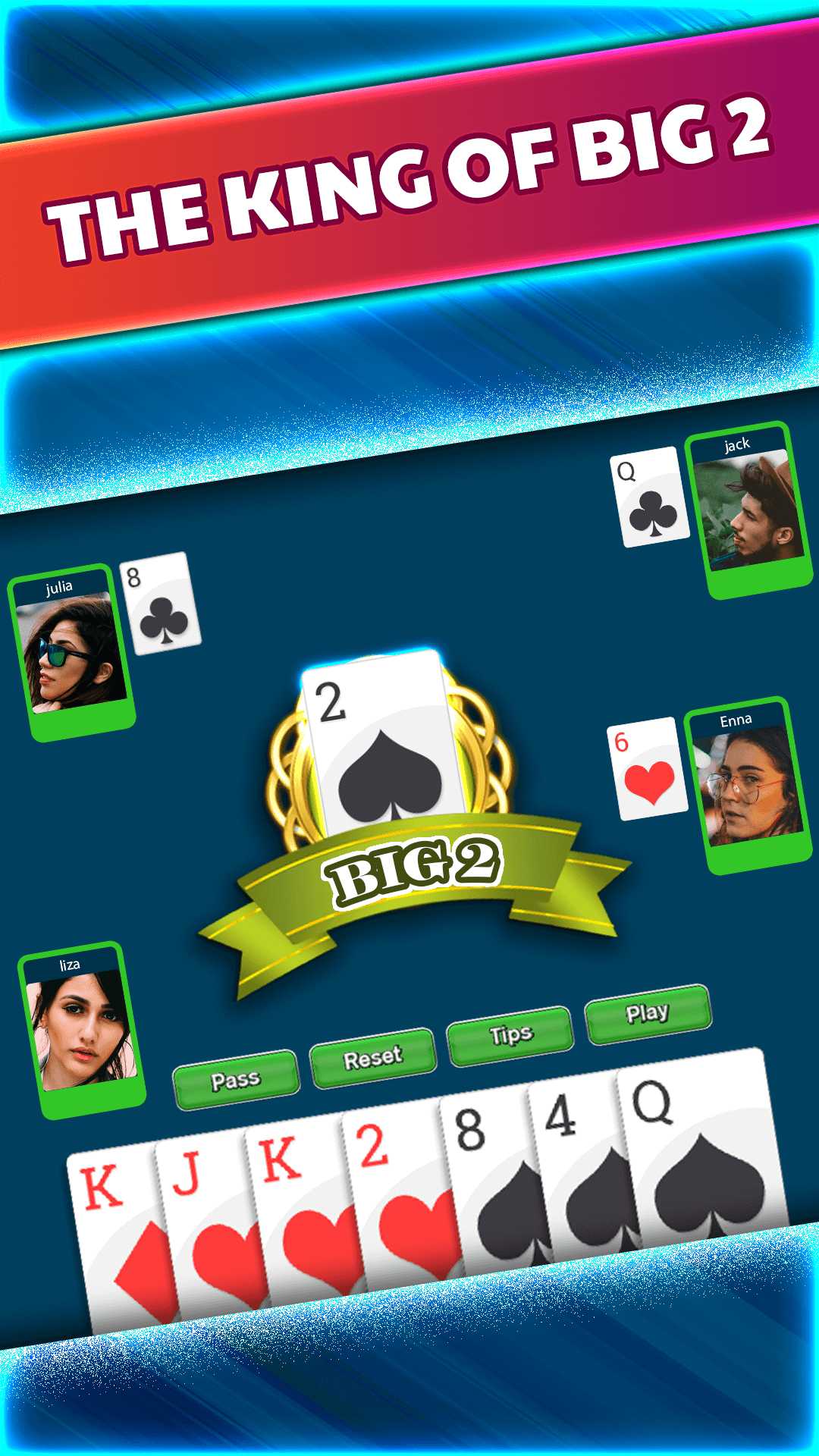 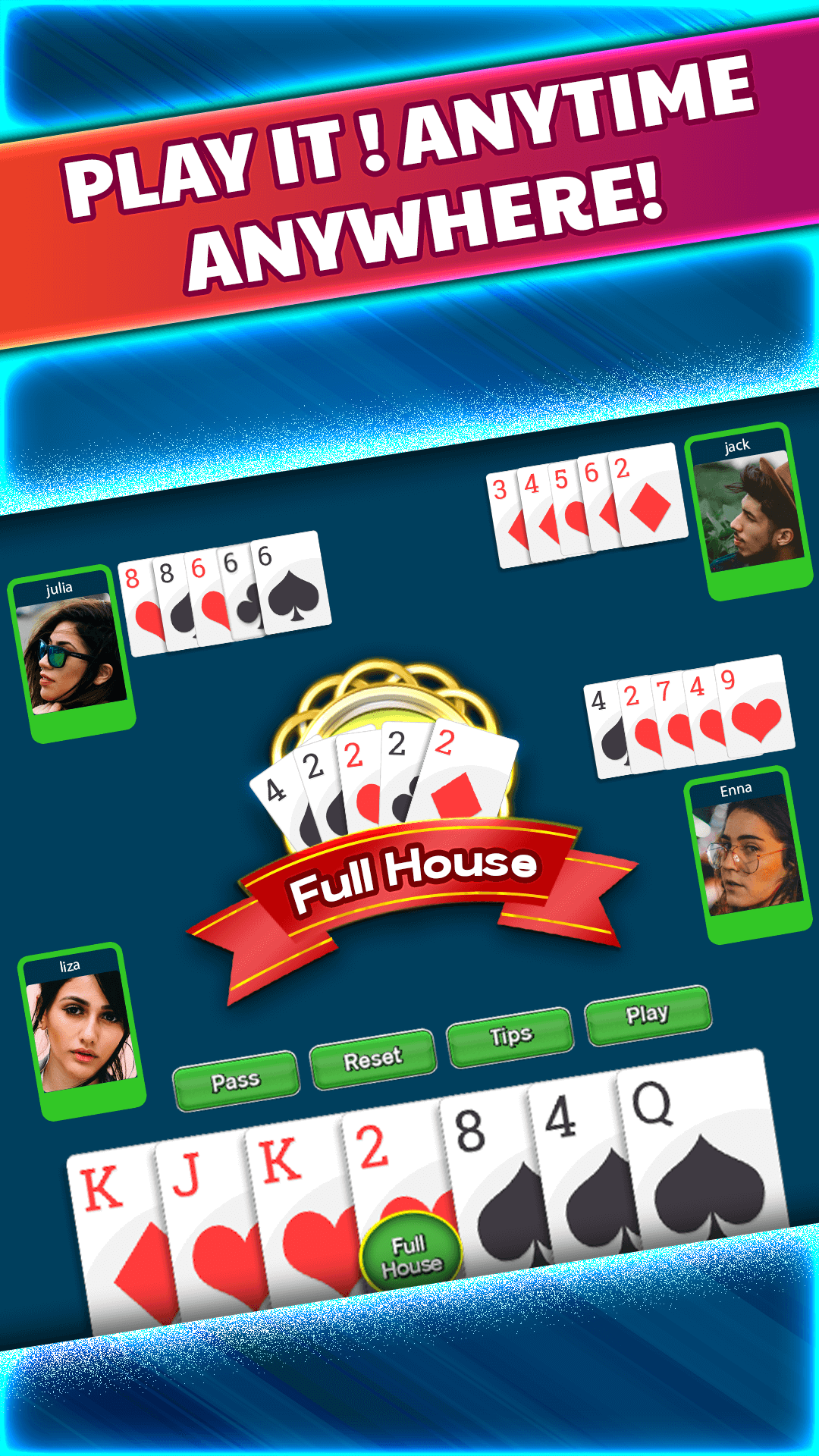 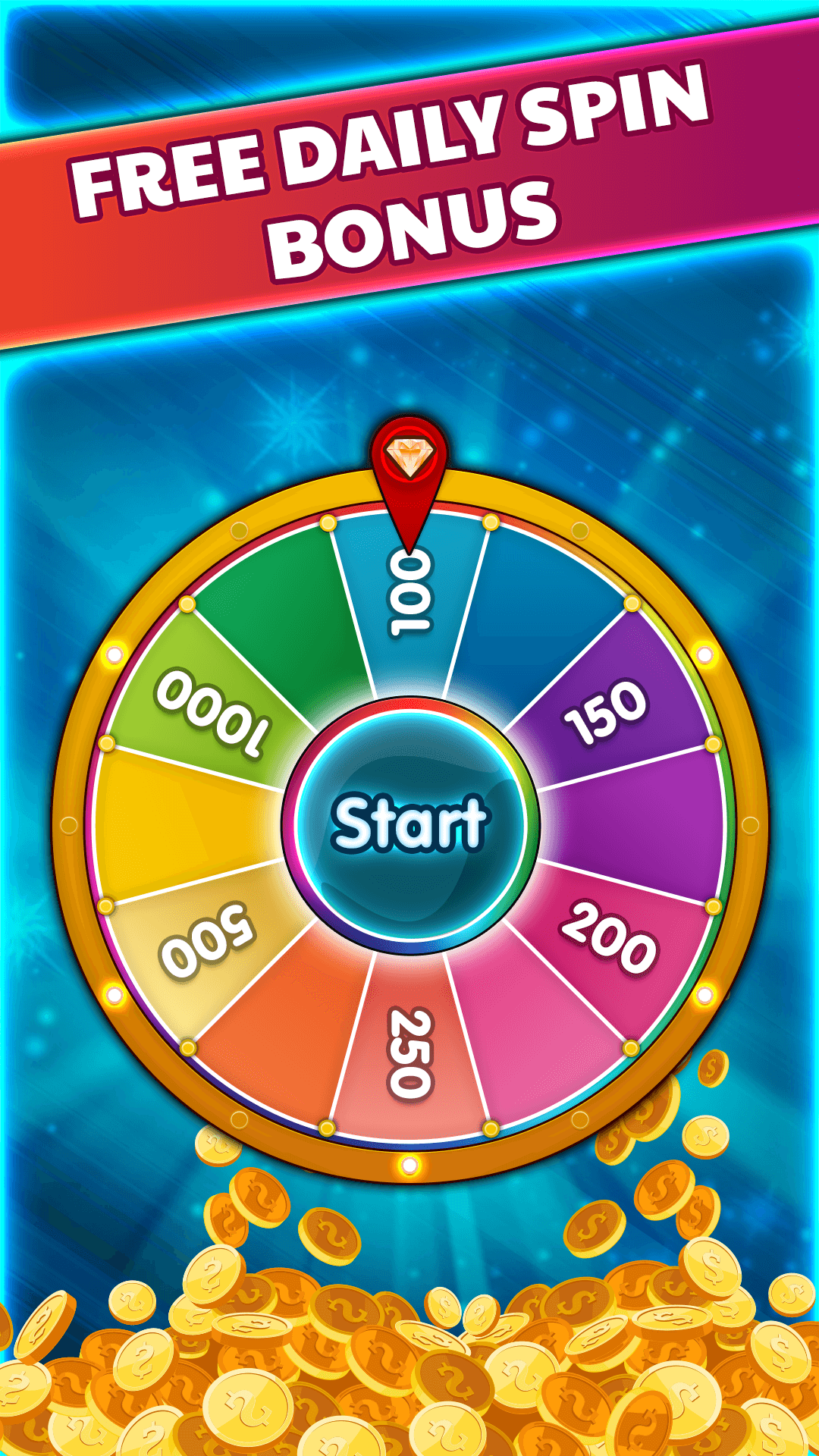 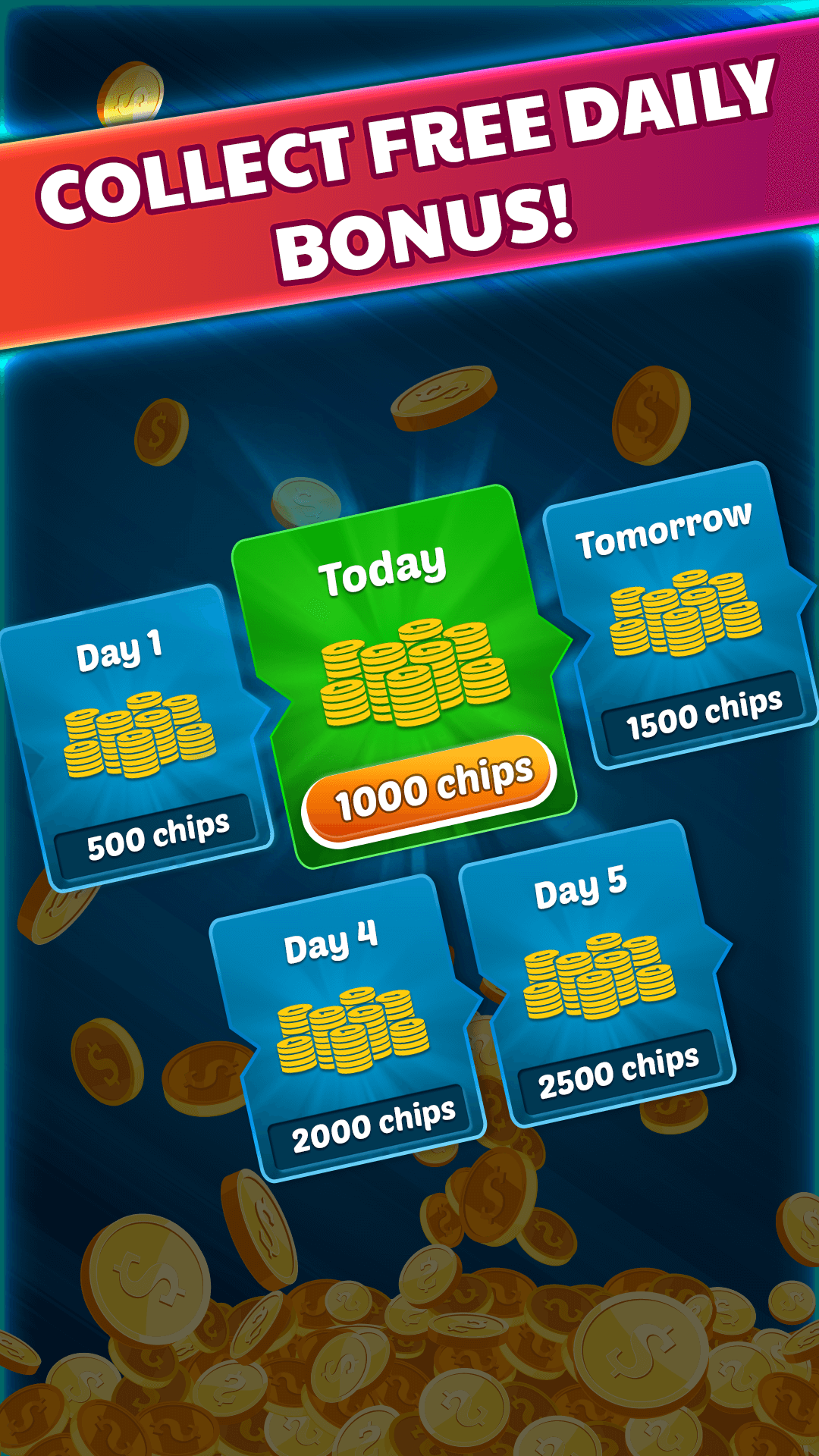 Big 2 is one of the most popular card game in the world,  Big 2 is very popular in East Asia and Southeast Asia, especially throughout China, Indonesia, Macau, Hong Kong, Malaysia, and Singapore. It is played both casually and as a gambling game.

At the beginning of each game, the player with the smallest card(3♦ in Hong Kong, 3♣ in Pusoy Dos or Taiwan) starts by either playing it singly or as part of a combination, leading to the first trick. Play proceeds counter-clockwise, with normal climbing-game rules applying: each player must play a higher card or combination than the one before, with the same number of cards. Players may also pass, thus declaring that he does not want to discard any cards (or does not hold the necessary cards to make a play possible).

BIG TWO GAME  FEATURES:
- Why even go to Las Vegas when you can experience it in Big 2!
- Whether it be scene transition or gameplay, everything in the game is as smooth as you can imagine!
- Unique animation!
- With smart in-game tips and control, you don’t have to be an expert in Big 2 to enjoy and win big!
- Don’t have the internet? No problems! Play it anytime anywhere you want!
- Big 2 is the best offline game.

Cards may be played as singles or in groups of two or five, in combinations that resemble poker hands. The leading card to a trick sets down the number of cards to be played; all the cards of a trick must contain the same number of cards. The combinations and their rankings are as follows.

Big 2 goal is, then for the other players to play (and get rid of) as many cards as possible while avoiding the combination that would allow the calling player to win the game. For example, if the said player has one last single card, the other players would play pairs or other combinations to force him/her to pass.

From now on, let's enjoy a simple and addictive Big 2 game! Try it for FREE now!

Do remember to rate “Big 2 ”. It makes us happy to serve you even better. Any suggestions? We always love to hear from you and making this App better. Email us at info@gamewithpals.com

Do you think you are the best Big 2 Player in the World? It is time to prove it!