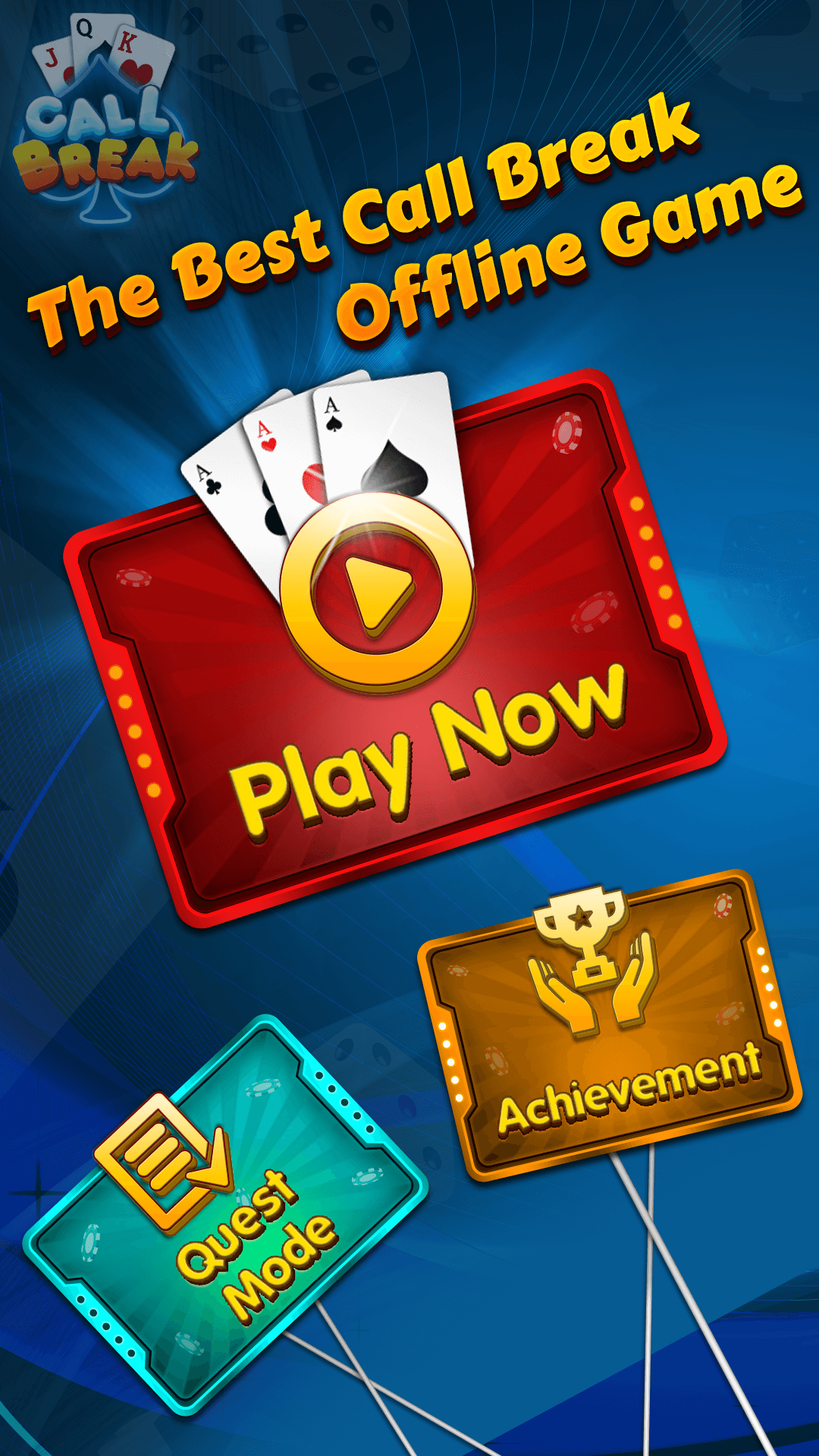 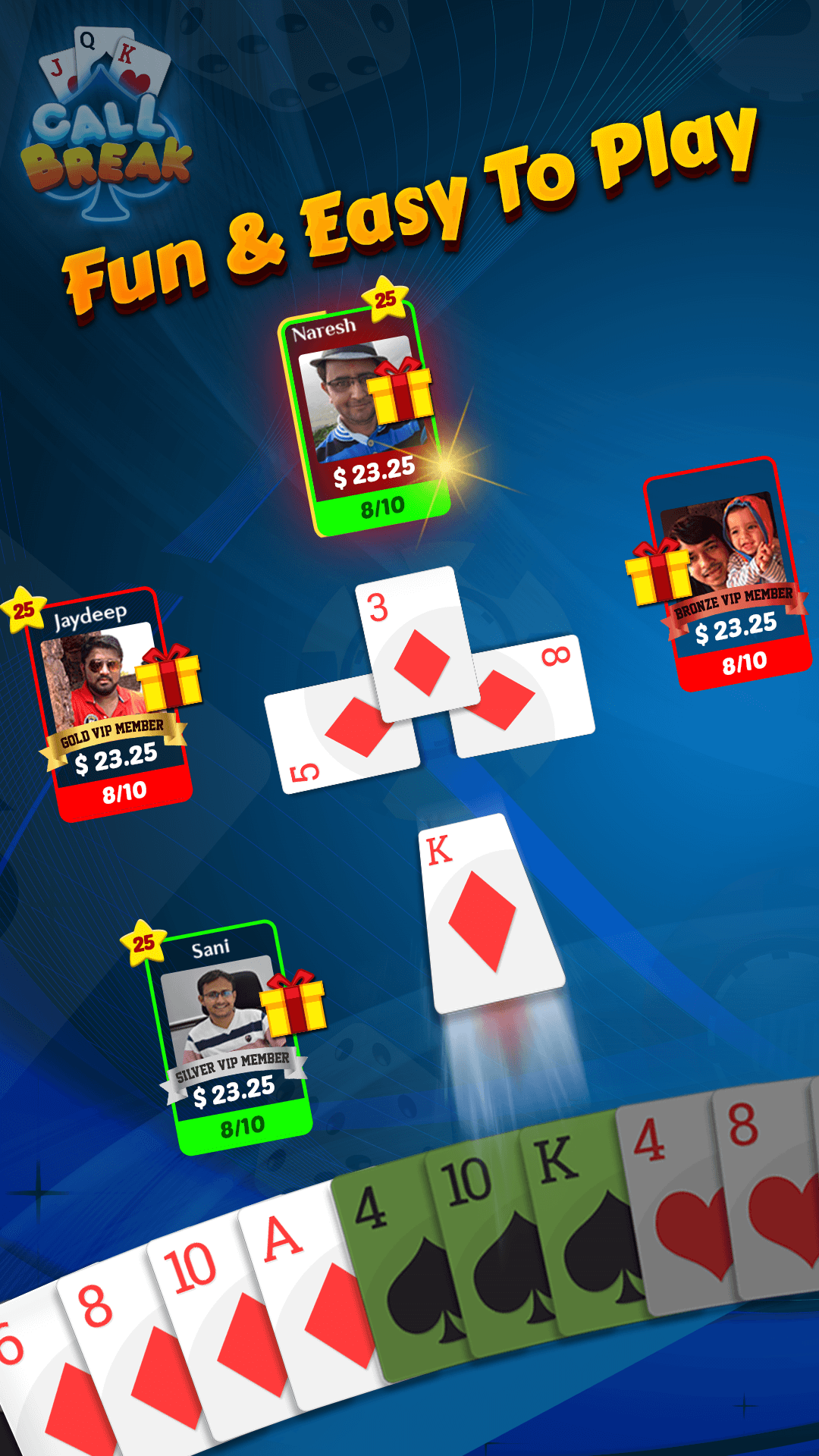 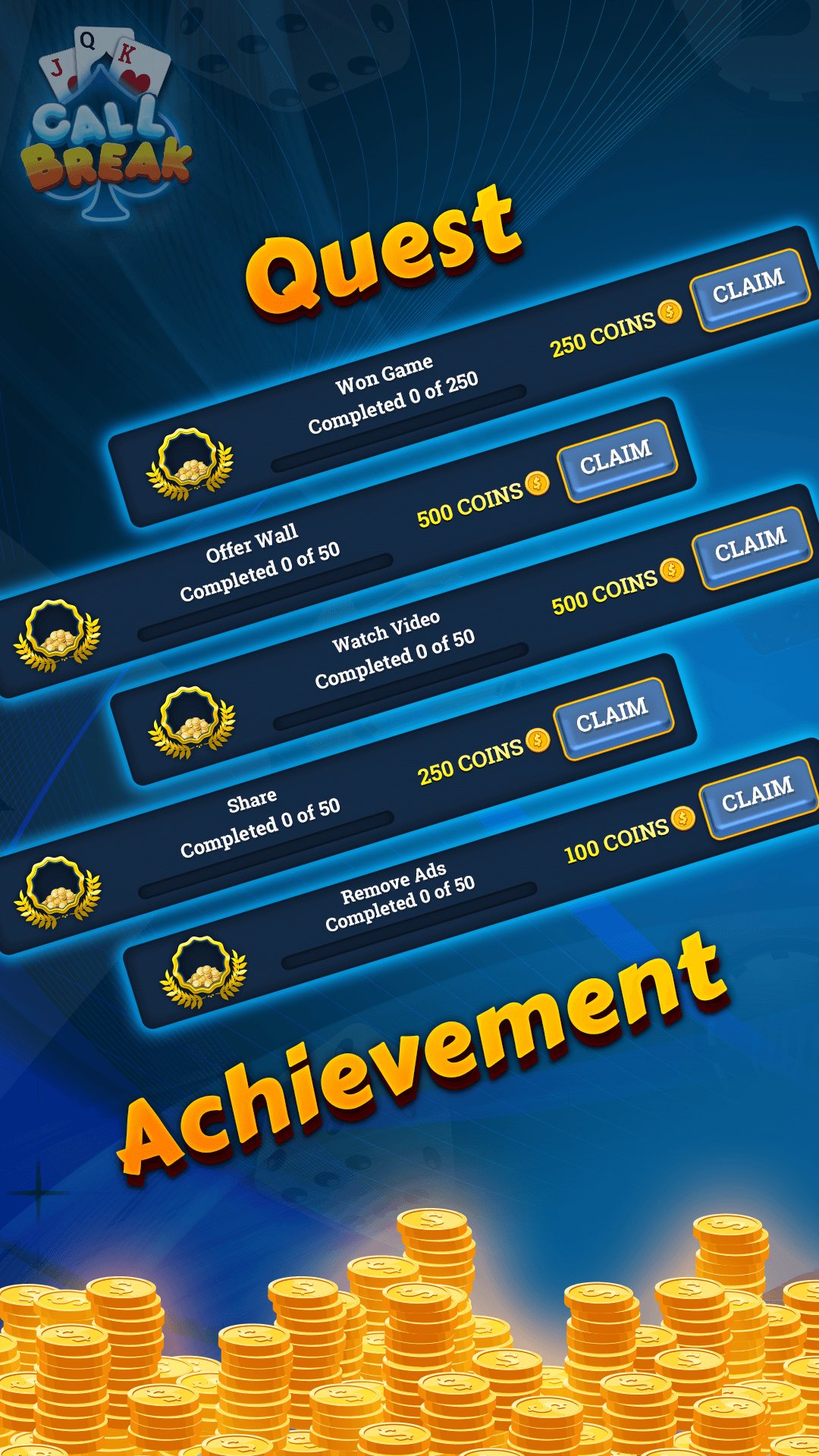 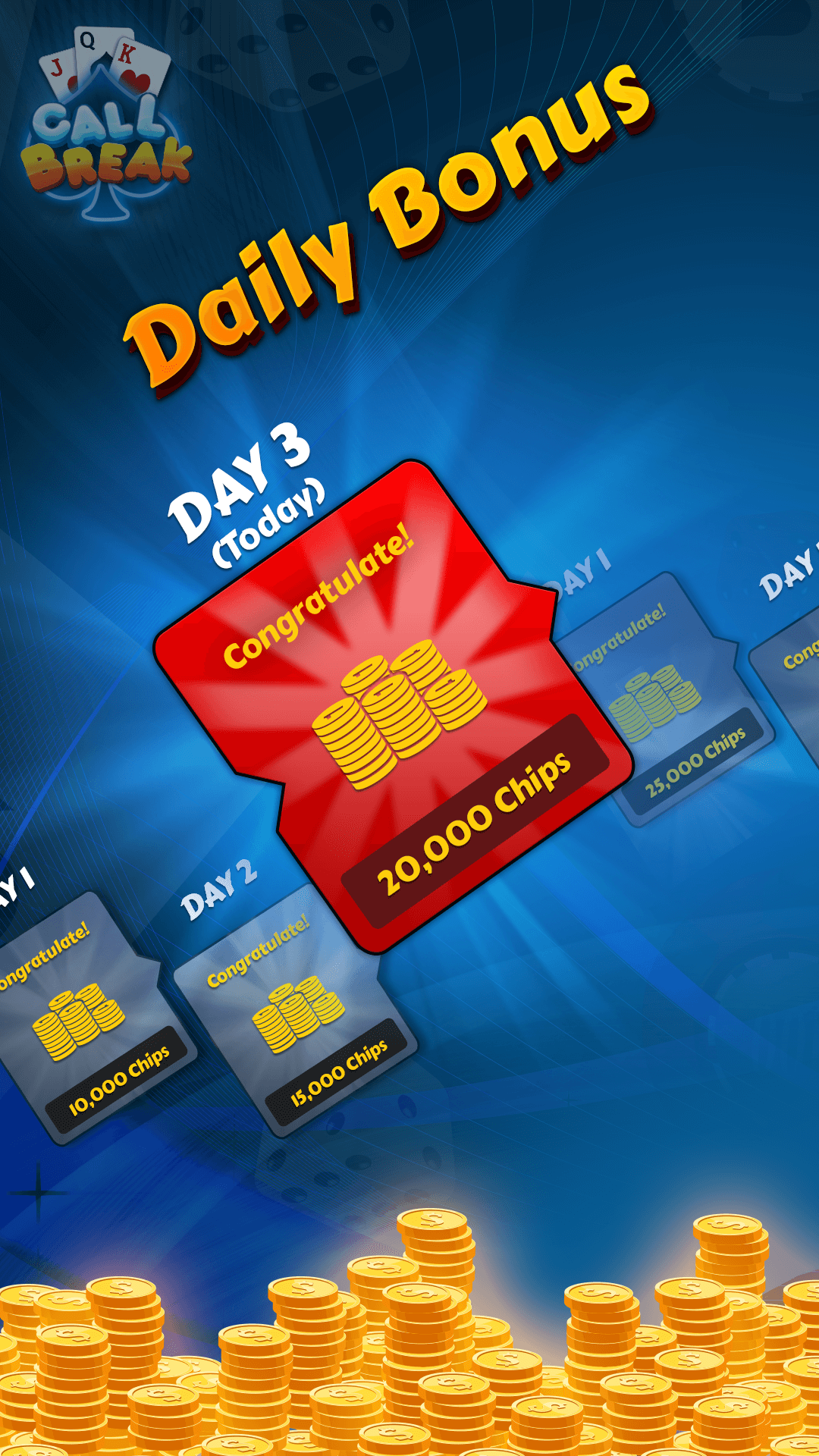 Call Break is a FREE gaming app from Artoon Solutions Pvt. Ltd. Which you can play with your family, friends or anyone, anytime anywhere in the world.

Call Break Game Rules:-
Call break is a trick-taking card game played with a standard 52-card deck between four players. There are 5 rounds in a game.

Call Break is popular trick tacking cards game like Hearts, Euchre & Canasta widely popular in Nepal and India & this trick-taking game is played in pairs in which spades is always the trump, unlike spades the term "hand" is used instead of trick, and " Call " is used instead of bid.

Callbreak About:-
Call Break is a Four player card game with a spade as a trump Card and played with a single deck of 52 cards. Each player gets 13 cards and the game begins with each player calling their possible winnable hands.

Player then plays with predefined rules and make sure they win more than their called hands. The game has a total of 5 Rounds and players with the maximum score at the end of 5 round is the Winner.


Deal:-
In each round, a dealer starting from their right deals all the cards in an anti-clockwise direction to all the players without revealing any card, making 13 cards per each player.


Bidding:-
All four players, starting from the player to dealer's right bid a number of tricks that they must win in that round in order to get a positive score, otherwise they will get a negative score.

Scoring:-
Player that takes at least as many tricks as her bid receives a score equal to her bid. Additional tricks (Over Tricks) are worth an extra 0.1 times one point each. If unable to get the stated bid, the score will be deducted equal to the stated bid. After 4 rounds are completed, scores are summed to help players set a goal for their final round. After the final round, winner and runner-ups of the game are declared.

At the end of the fifth round, the winner will be decided, the player with higher total points will win the game.

Call Break Variations:-
Origin of Call Break is not quite known but it's believed its derived from other popular game Called Spades. Every culture has its own variations, In some part of India, its called Lakdi / Lakadi .

For your comments, opinions and suggestions are invaluable to us. you can write to info@gamewithpals.com