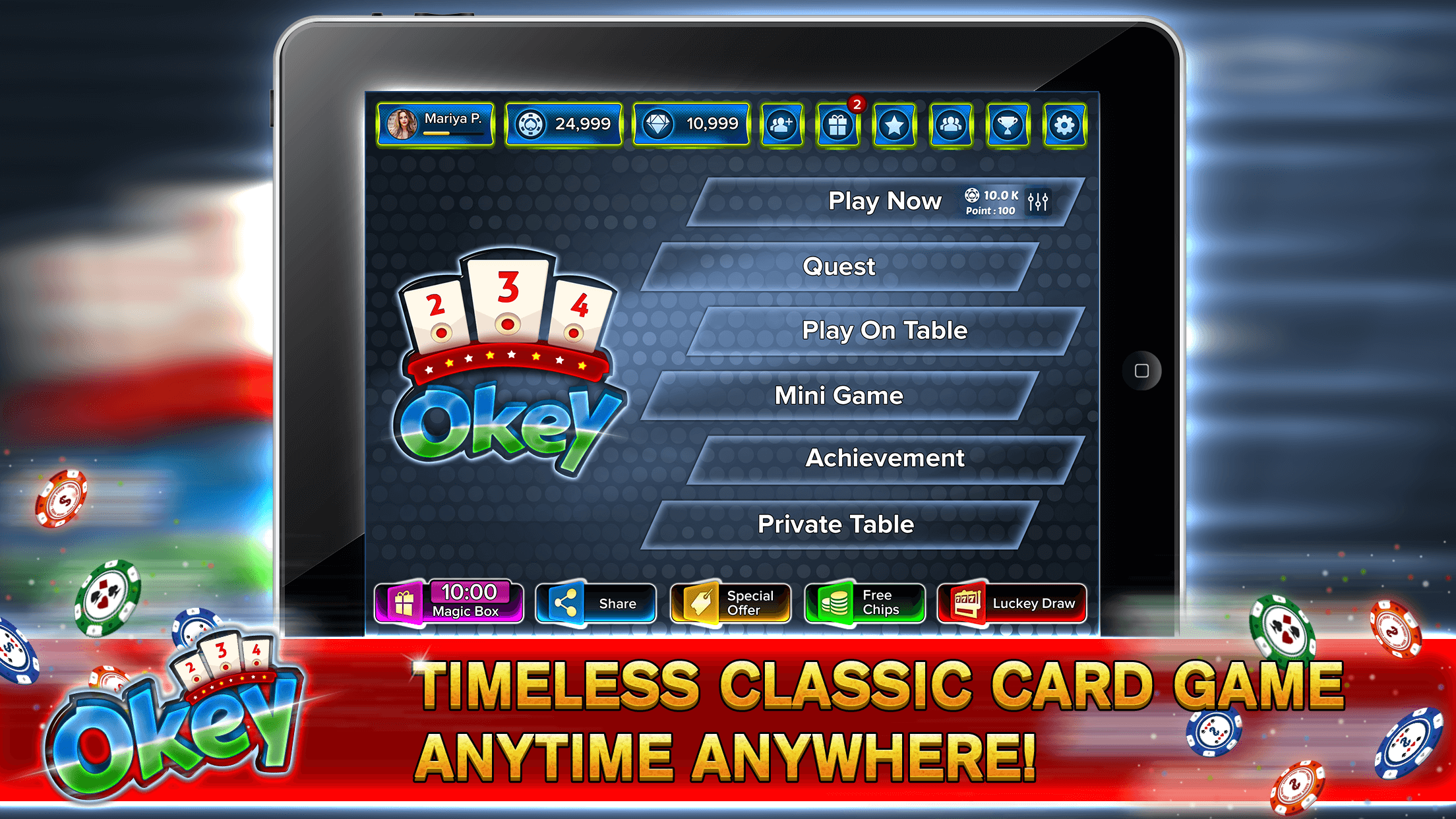 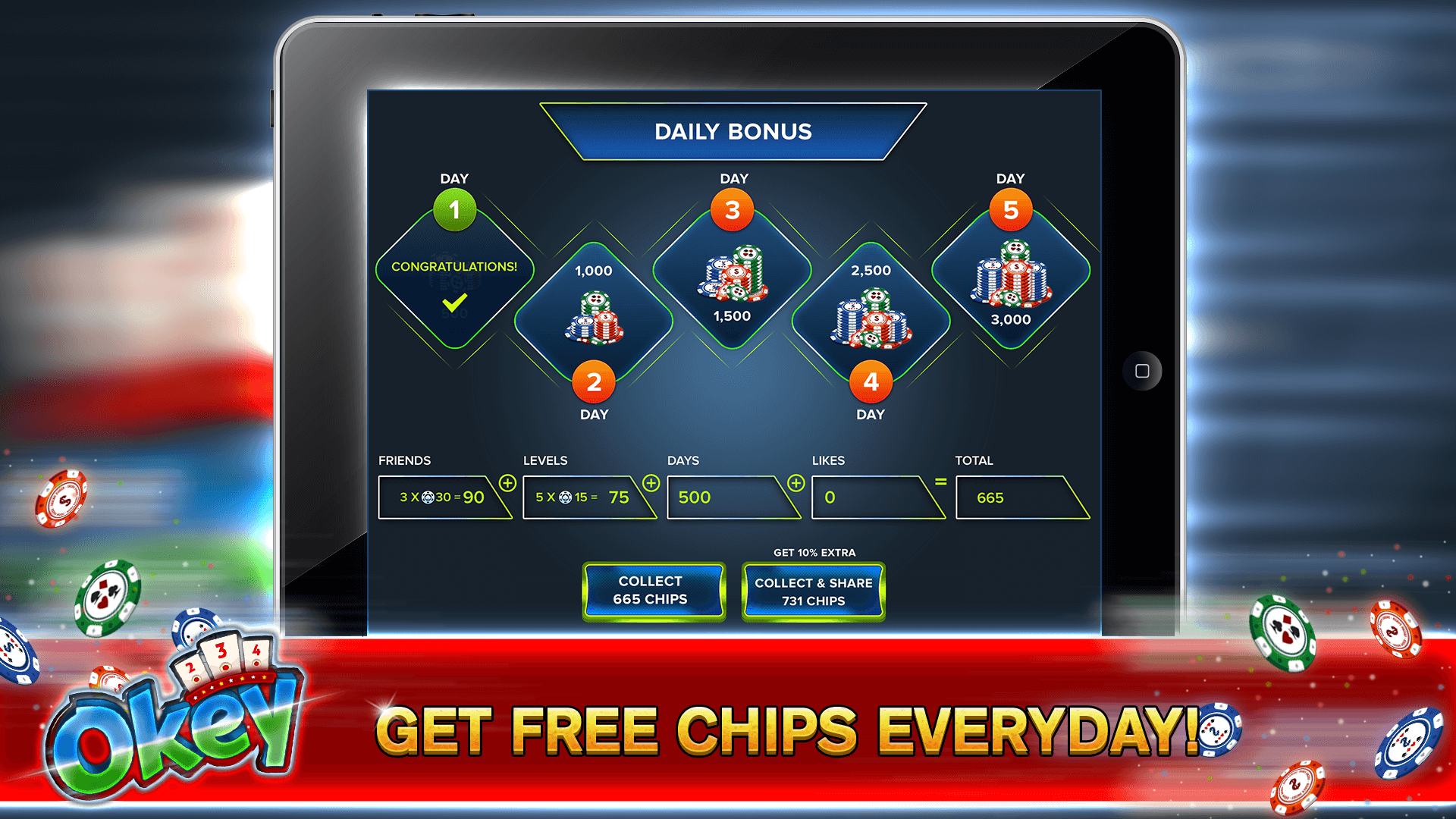 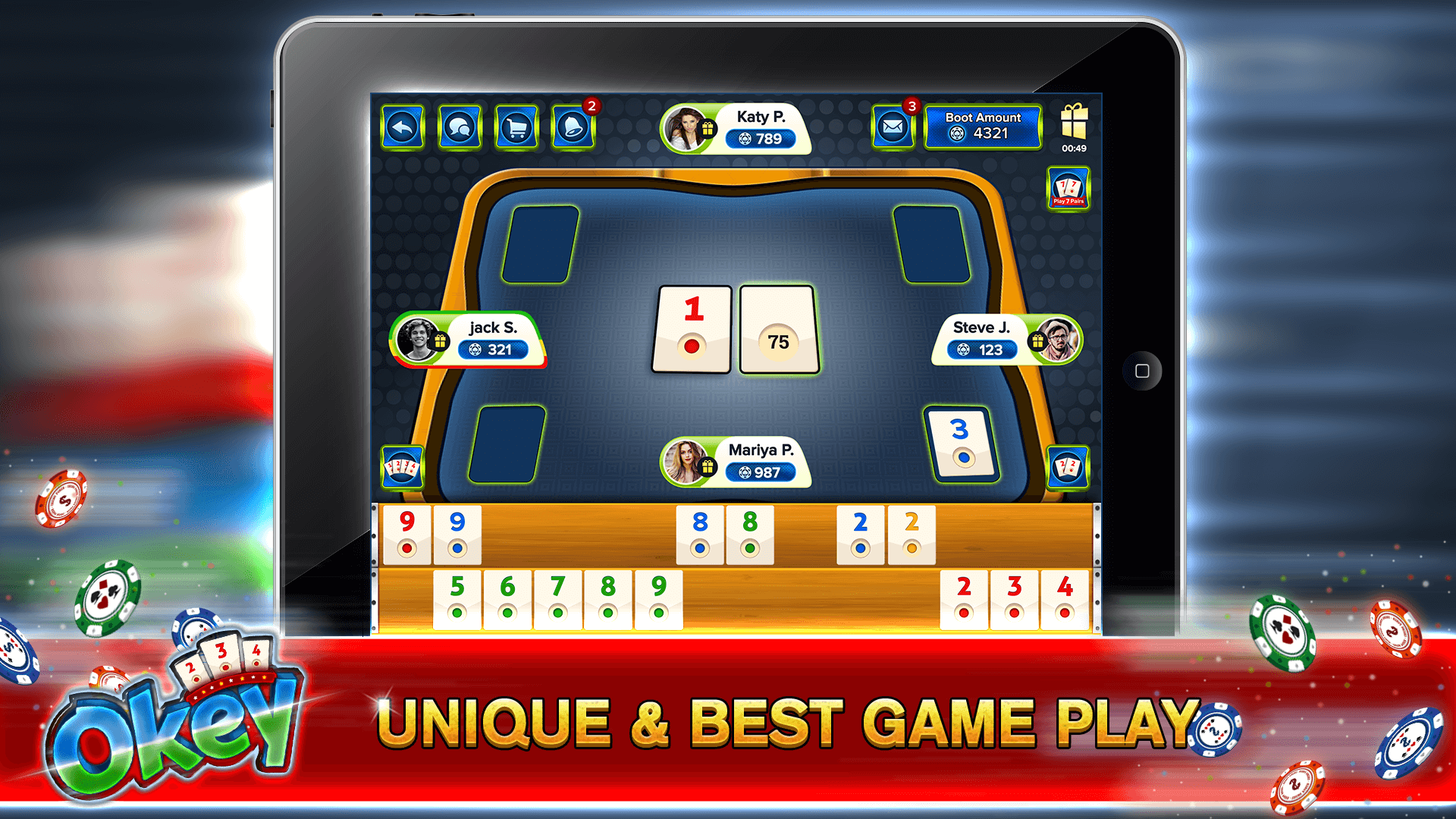 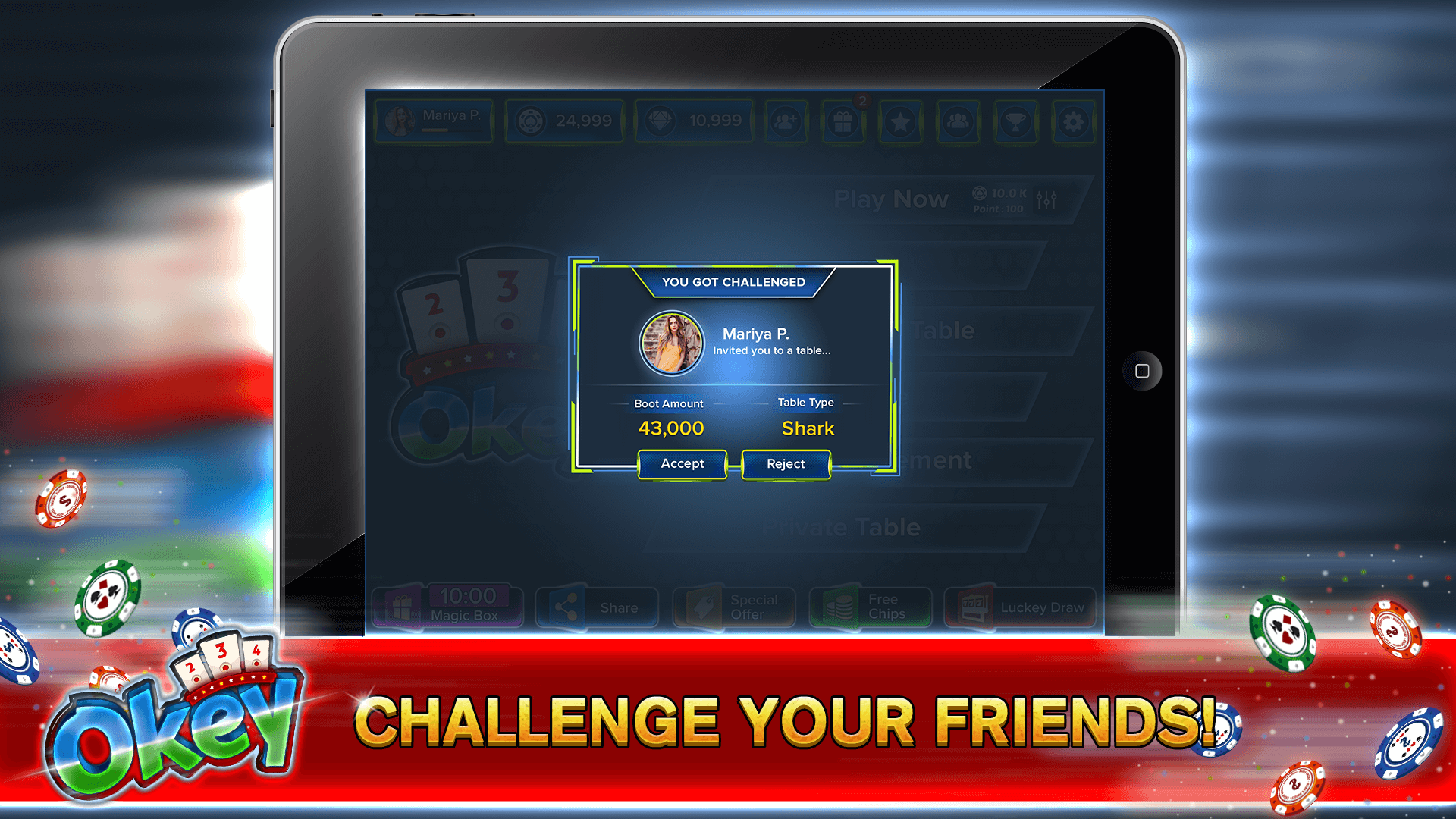 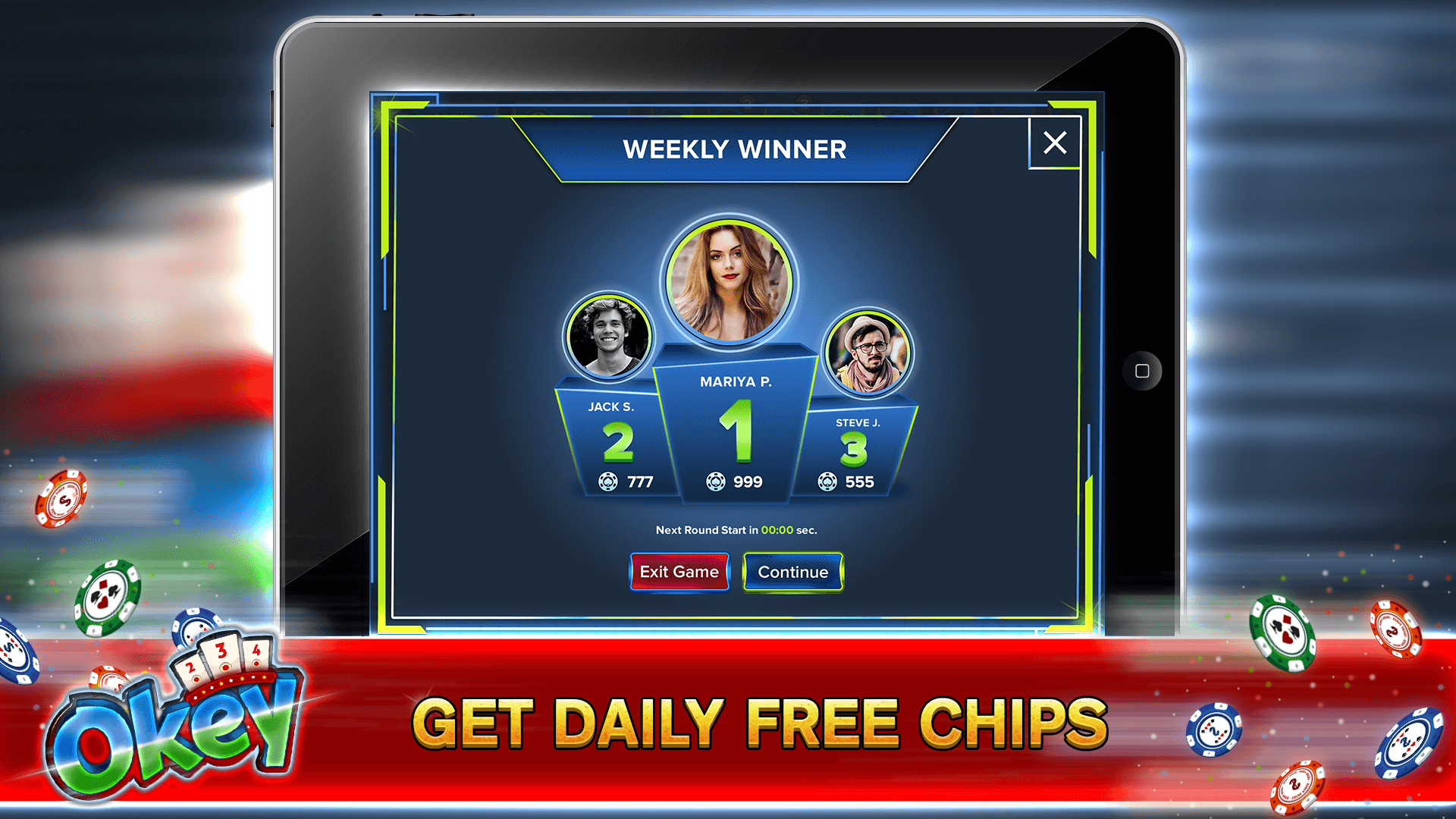 Okey Multiplayer is a traditional tile-based game with a long history and many variations. It's highly popular in Turkey among Turkish people, played mainly in coffee houses by people of every age.

Okey Multiplayer Game is played by four players with a set of 106 tiles and 104 of them are numbered from 1 to 13 with four different colors. During the game, each player has 14 tiles on his board. On each turn, a player draws one tile and discards one tile. The object of the game is to be first to form a board that consists of sets and runs using all 14 tiles. There are special tiles chosen in every game, called jokers which helps the player form his 14 tiles board of sets and runs, by replacing the tile which is missing. Two last tiles from 106-tile-set represented with black round are tricky 'false jokers', which against expectations acts as normal numbered tile.

CHOOSE A GAME ROOM
- Join a private game room consisting of players of the same level and become an Okey Multiplayer legend by playing every day.

OPEN A GAME ROOM
- If none of these options are for you, set your own bet amount and start your own game.

Encountered a problem or have an idea? Contact us via info@artoonsolutions.com
Stay up to date on news and improvements on:
https://apps.facebook.com/okeymultiplayer