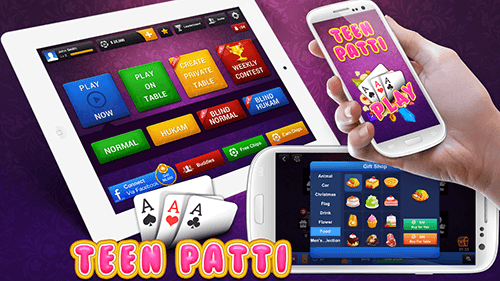 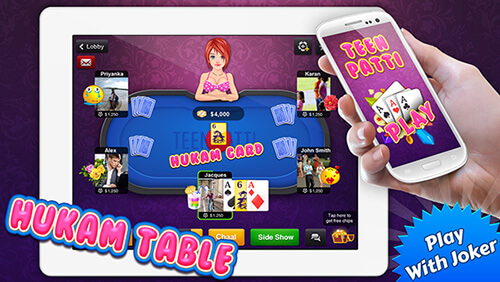 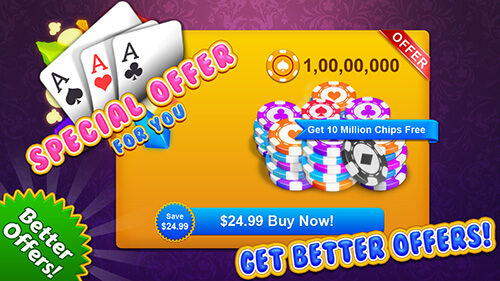 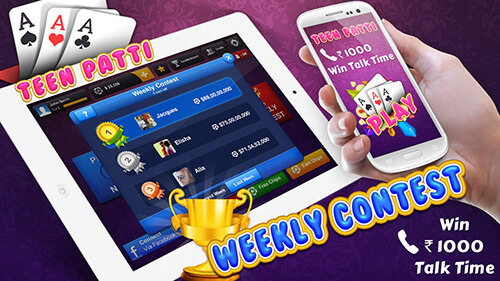 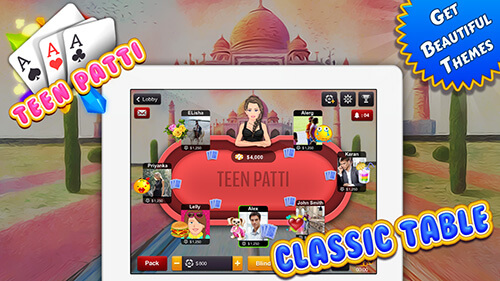 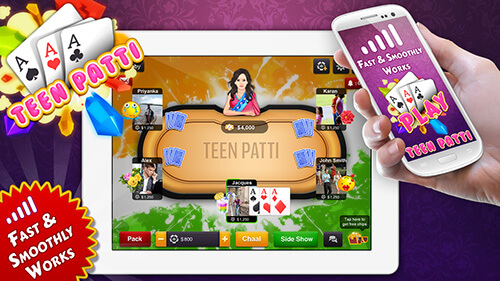 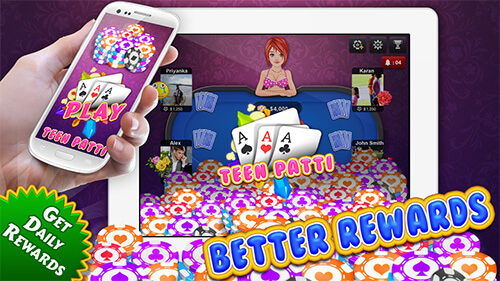 There’s always a table waiting for you in this Teen Patti Three Cards Poker game with Real Players anywhere in the world. Join the World’s Largest Live Online Teenpatti on Android, iPhone, iPad, and Facebook.

Teen Patti Three Cards Poker is a multiplayer live online card game that you can play with your Facebook friends and other players anytime, anywhere in the world. Each Teen Patti Three Cards Poker has a table of 3 or 5 players. You can play in a public room or in a private room where you can invite your friends. Winning a hand depends upon the cards you get and moves that you play. Normally the player that has the best hand wins.

Ranking of the cards from high to low is:

Teen Patti Three Card Poker is a popular Indian Card Game. In the Game, which user has the highest hand based on his three cards, then that user will win the game. Below Rules is for ranking of the cards from high to low is:

Ranking of the cards from high to low is:

Each player contributes the boot money and gets three cards facedown. Now it is the turn of the player next to the dealer in a clockwise direction. The player has the option to place a bet without seeing the cards (blind) or see the card. When the player sees his card, he/she can play chaal or may have other options depending upon the progress of the game. A player who places a blind bet is referred to as the blind player. A player who places his bet after seeing the cards is referred to as the seen player.

A blind player can ask for a Show only when there is one opponent remaining in the game. This is a blind show. After asking for show, the cards of both the players become visible and the winner gets the pot.

A seen player can play Chaal, Pack or may have other options. The other options that may be available to the seen player are Show and Side Show. Once you have seen your cards, to remain in the game, you must play chaal unless you select any other available option.

If your Side Show request is denied, you do not see each other’s cards and both of you remain in the game and the turn passes on to the next player.

Please note: In the Teenpatti Three Cards Poker game you win or lose chips. The chips have no real cash value. The game does not involve real gambling. It is completely free. If you lose all your free chips, you can buy more chips to play for a longer period.